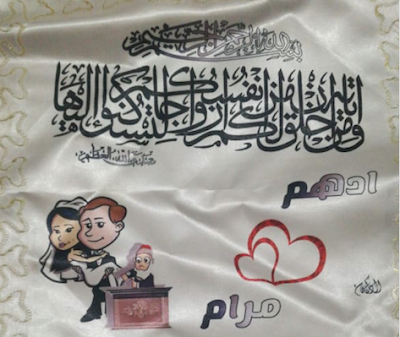 Posted by Adham Hashish at 8:24 PM

Justices Breyer and Thomas testified about the proposed fiscal year 2011 budget for the U.S. Supreme Court. In his opening remarks Justice Thomas said major portions of the requested five percent increase were due to the Supreme Court’s modernization project and additional security personnel. The justices responded to questions on topics including the Supreme Court case load; cameras in the court; the diversity of law clerks, justices, and vendors; deciding what cases are heard and who testifies; granting stays of execution; and possible rulings on the recent health care legislation.
Posted by Adham Hashish at 9:30 AM 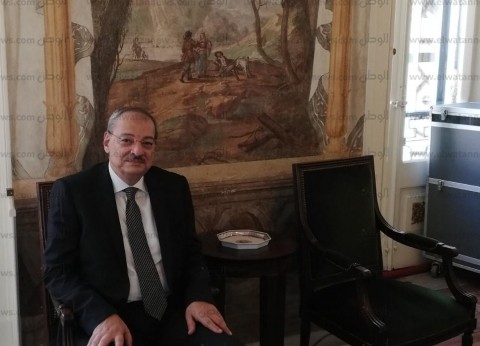 Posted by Adham Hashish at 9:45 AM

Posted by Adham Hashish at 1:48 PM

sentencing guidelines
Posted by Adham Hashish at 7:30 AM

Email ThisBlogThis!Share to TwitterShare to FacebookShare to Pinterest
Labels: المخاصمة 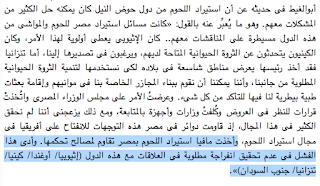 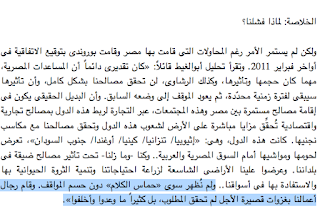 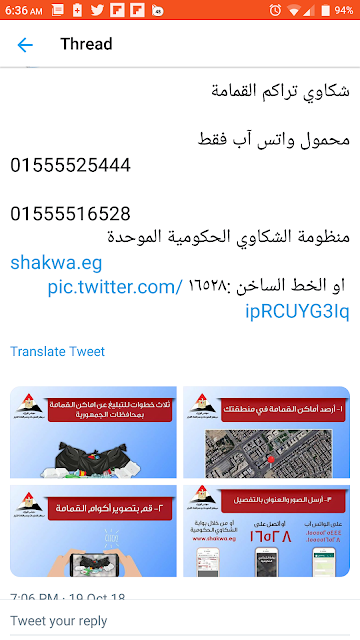 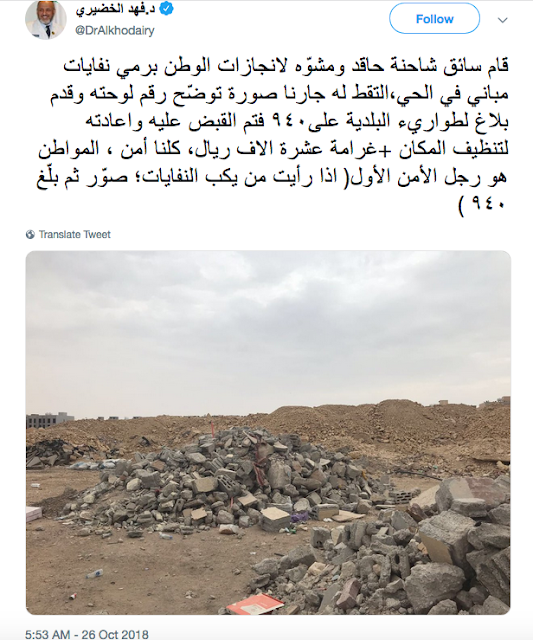 Email ThisBlogThis!Share to TwitterShare to FacebookShare to Pinterest
Labels: القمامة 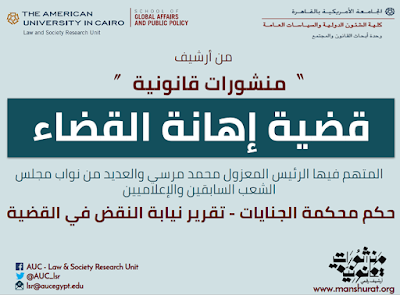 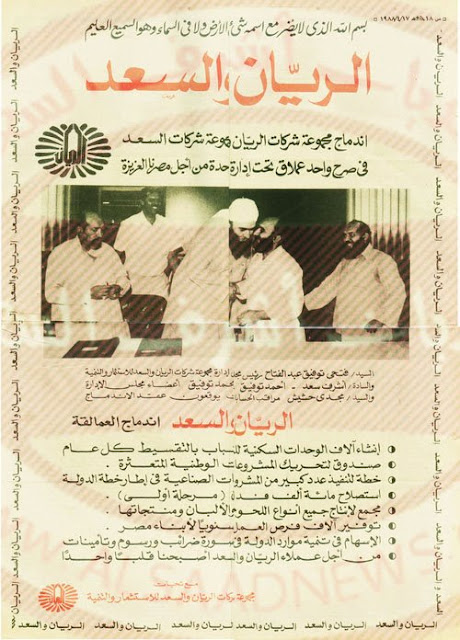 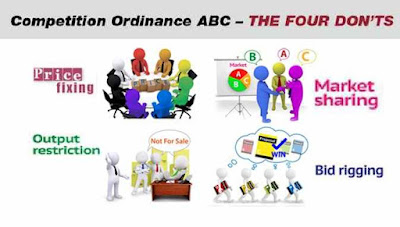 Posted by Adham Hashish at 1:15 PM

Based on several reported information concerning an attempted merger agreement between the two main competitors in the ridesharing market in Egypt, Uber Group and Careem Group; and in light of Article 5 of the law that states “the provisions of this law are enforceable on acts committed abroad if it is likely to lead to the prevention, or the restriction or a harm to the freedom of competition in Egypt and which may represent an infringement to the provisions of the law”; and according to Article 1 of the law that states “the exercise of economic activity shall be conducted in a way that does not prevent, or restrict or harm the freedom of competition according to the provision of the law”;
The ECA sent official notice and request of information to both entities in order to verify the previous reported news. The replies from both entities denied the conclusion of any agreement having the purpose of change or the acquisition of corporate control. The Authority is however aware that this in itself does not mean the absence of current negotiations between both entities.
In light of all the above, and given the anticompetitive risks that may ensue from such agreement, the ECA conducted a preliminary market assessment of market conditions and communicated those findings to both entities. In particular, such an agreement will likely lead to serious and irreparable harm to competition and consumers.
As such, the ECA notified both entities that any contracts or agreements between competing undertakings, regardless of their nature, having the object or the effect the elimination or the restriction of effective competition, and that may take the form of a change in corporate control or transfer of ownership inside or outside Egypt, must be notified and examined by the Authority prior to their conclusion in accordance to Article 6 paragraph 1 and Article 6 paragraph 2 of the Egyptian competition law.
In parallel, the ECA shared its concerns with the COMESA Competition Commission as the reported behavior may have an appreciable effect on trade between member States.
The ECA is keeping a close eye on the developments pertaining to similar practices in other jurisdictions, in particular the recent decision of the Competition and Consumer Commission of Singapore (“CCCS”) in relation to a merger agreement between Uber and its main competitor Grab that substantially lessened competition and led to increased prices on the market place.


The ECA orders interim measures against the FIFA to make available on free-to-air terrestrial channels the 2018 World Cup Russia
The ECA has ordered interim measures against FIFAbased on prima facie finding of infringements to articles 7 and 8 of the Egyptian competition lawas it was revealed that those infringements would cause serious and irreparable damage to the freedom of competition and consumers, insofar they will prevent consumers from receiving the right to watch the 2018 World Cup Russia under competitive and fair conditions.
The FIFA mustmake available immediately to the Egyptian National Media Authority the rights to live broadcast through terrestrial channels 22 selected matches of the 2018 FIFA World Cup Russia.
On 14 May 2018,the ECA has received a complaint alleging that FIFA, the sole entity that owns the right to award licenses for TV broadcasting of the 2018 FIFA World Cup Russia, infringed articles 7 and 8 of the Egyptian competition law.
After conducting a preliminary inspection, it has been established,based on the available evidence, that FIFA extended its agreement with beIN Sports and awarded it on an exclusive basis all media rights pertaining to the 2018 FIFA World Cup Russia covering cable, satellite, terrestrial, mobile and broadband transmission across 23 territories and countries in the Middle East and North Africa including Egypt.However, it was also revealedthat these rights were awarded in absence of fair, or transparent or non-discriminatory tendering procedures. It has also been noted that granting the full range of rights as a single bundled package exclusively to one single entity for such an extended period of time is contrary to the FIFA’s established practice in other countries and regions worldwide.
Moreover, the ECA noted that the FIFA contravened its own TV licensing policy, by virtue of which 22 matches must be made available on free-to-air terrestrial channels, that include all home team matches, the opening match, semi-finals and the final. The ECA also noted that the practices of the FIFA in France, for example,were different from those in the Middle East and North Africa including Egypt. In France, the FIFA (after following an open tender) reached a deal with TF1 (the French terrestrial broadcaster) in 2016 that covers the 2018 and 2022 FIFA World Cups, with arrangements to show 28 of the biggest matches from those tournaments on a free-to air basis. This deal did not obstruct the FIFA from reaching a separate deal with beIN sports in the same country that awarded the latter pay-tv rights of the two tournaments.
After reviewing the submitted evidence and conducting the relevant analysis, the ECA is of the position that the FIFA’s practices in Egypt constitute a likely infringement to both articles 7 and 8 of the Egyptian competition law.Hence, the ECA, on 17 May 2018,sent a letter to the FIFA in order to make known its views on the complaint. Asthe FIFA did not provide any comments, the ECA, on 31 May 2018, notified FIFA of the initiation of an inspection regarding the allegations against it and requested its commentson the complaint as well as some documents pertaining to thealleged infringements. Nevertheless, the FIFA did not provide, again, the requested information within the time-limit.
In light of the urgency of the matter and its significant importance to the Egyptian viewers and market players, as well as the non-cooperation of the FIFA with the ECA’s inspection, and having regard to article 20, paragraph 2, of the Egyptian competition law, as well as to the previous decision of the ECA, the precedents of the Egyptian’s courts and the international best practices, the ECA’s Board of Directors considered that the FIFA’s practices constitute, on the basis of prima facie evidence, an infringement to articles 7 and 8 of the Egyptian competition law and that they will impose serious irreparable damage to the freedom of competition and to consumers insofar they will prevent consumers to receive the right to watch the aforementioned tournament under competitive and fair conditions.
Therefore, the ECA’s Board of directors decided on 10 June 2018 to order interim measures against FIFA, whereby it shall make available immediately to the Egyptian National Media Authority, on reasonable financial terms, the rights to live broadcast in Egypt, through free-to-air terrestrial transmission,22 matches of the 2018 FIFA World Cup Russiaincluding, particularly, the Egyptian national football team matches, the opening match, three matches of the last 16 matches, the quarter-finals, the semi-finals and the final match of the tournament.
It is also worth mentioning that the practices of FIFA represent a likely infringement to article 34 of the Egypt-EU Association Agreement as well as articles 16 and 18 of the Common Market for Eastern and Southern Africa (COMESA)for inflicting a potential harm to the freedom of competition within the COMESA common market. Moreover, the Swiss Attorney General is undergoing a similar inspection regarding very similar practices, which represent likely infringements to the Swiss Federal Act on Unfair Competition, against the former and current management of FIFA.
Lastly, the ECA reminds the public and private entities in Egypt of their obligation to comply with the ECA's decision and their duty to facilitate the Egyptian National Media Authority's mission in obtaining all the rights as referred to in its decision. The non-cooperation of any of these entities subjects them to legal liability rules regarding this matter without prejudice to the civil liabilities arising from the non-implementation of the ECA's decision.
Posted by Adham Hashish at 1:14 PM