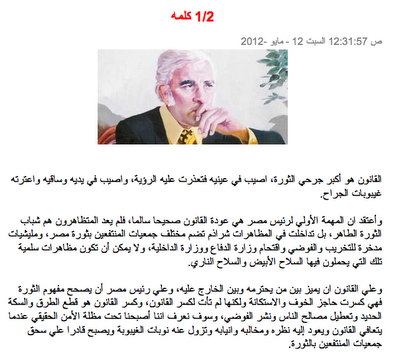 Posted by Adham Hashish at 5:49 PM 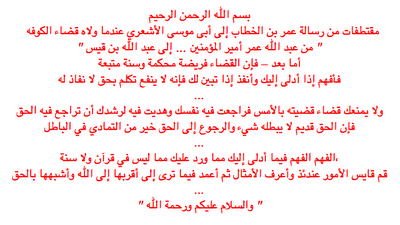 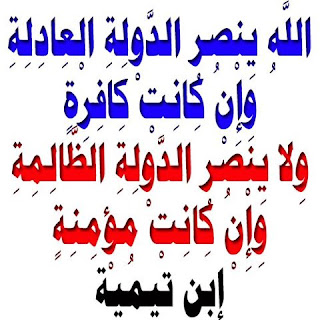 Posted by Adham Hashish at 5:38 PM 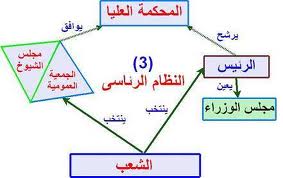 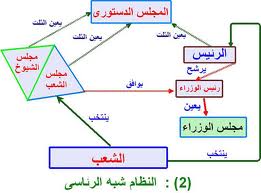 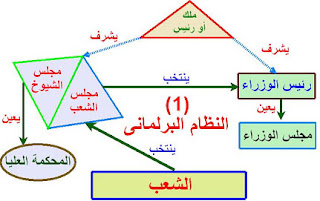 Posted by Adham Hashish at 2:49 PM 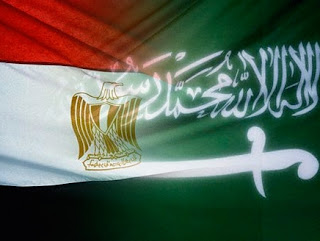 Unruly Americans and the Origins of the Constitution: Woody Holton

The American NGOs in Egypt


It seems that the NGOs Crisis in Egypt is generating more tension than it should be. Ending the current crisis in a “satisfactory” manner paves the way for a “satisfactory” relationship between the two countries in the future. To end it by a win-win solution, it might be helpful to recognize some observations.

First observation: the crisis has been viewed as a “political” more than a “legal” one. It is true that the crisis escalated as the Minister of International Cooperation raised concerns about unlicensed NGOs receiving unauthorized foreign funds. However, it is the Minister of Justice, a former President of the Court of Cassation, and the two investigating judges, who decided there is a reasonable ground for prosecution. It is not clear at this point whether or not the issue was discussed at the Cabinet meeting while the Minister of Defense (Head of the Supreme Council of Armed Forces-SCAF) attended it. It would appear, as Rep. Gary Ackerman (D-N.Y.) commented during a Wednesday hearing of the House Foreign Affairs Committee, that the SCAF has been isolated from the judicial process.

Second observation: the reactions in the U.S. were “provoking” more than “helping” those in Egypt who want to solve this crisis. The U.S. threat to suspend the annual military aid to Egypt (more than $ 1 billion being received as part of the Egypt-Israel Peace Treaty of 1979) might have helped during the early days of the revolution to neutralize the Egyptian Army. But, using the same threat in the current context is perceived to be insulting and corrupting the outcome of an official prosecution and trial no matter what the outcome is.

Third observation: mapping the structure of power in the Second Republic of Egypt should not be hard for those interested in building healthy foreign relations. In his PhD dissertation “Struggle for Constitutionalism in Egypt,” (Yale University-1999) Bruce Rutherford notes three competing forms of constitutionalism that are embedded in distinct institutions: Liberal (in the Judiciary), Nationalistic (in the Presidency which overlapped with the Military during the First Republic), and Islamic (in the Muslim Brotherhood). In practice, this order and these institutions overlap. In a crisis, like the current one, these institutions, under foreign pressures and during election and transition times, might compete as nationalists.

In sum, it might be more helpful and efficient—in the short and long terms—to think of this crisis as a legal dispute. This should honor the parties and the institutions involved and create some space for arguing the law and the public policy particularly on the constitutional level. Investing in this kind of foreign policy allows more ground for mutual understanding through trans-judicial dialogue and diplomacy.
Posted by Adham Hashish at 5:39 PM

The Egyptian uprising that ended a 30-year regime in 18 days has begun to foment decades ago. Though many events contributed to the uprising that Egypt witnessed, three main events have directly led to it. First, the April 6 Youth Movement emerged in 2008 as an Egyptian political Facebook group, following tactics of similar movements in Serbia, Georgia and the Ukraine. Comparable Facebook groups soon followed. Second, Mohamed ElBaradei, a Nobel Peace laureate and one of the country's leading democracy advocates, returned to Egypt in February 2010 as a potential candidate for the 2011 elections. Last but not least, the Egyptian parliamentary elections that took place in November 2010 were reportedly the most fraudulent ever. Mubarak’s party won more than 90 percent of the seats.


Indeed, the uprising embodies a continuing struggle for constitutionalism in Egypt. The three main events that led to the revolution are directly linked to constitutional dilemmas that hindered any serious political reform in Egypt over the past 30 years. The first constitutional dilemma was related to the official recognition of new political parties. Mubarak’s regime heavily controlled the recognition of any new political party and the activities of existing parties through the Political Parties Committee (PPC). As the Committee had excessive discretionary powers, it turned down many requests for official recognition of different political parties. Alternatively, many Facebook groups and civic organizations emerged to bring attention to social grievances that were politically ignored for a long time.


Second, Article 76 of the Egyptian 1971 Constitution, as amended in 2007, imposed draconian restrictions on both partisan and independent presidential candidates – a move allegedly tailored to guarantee that either Mubarak or his son would be the next president. Once Mohamed ElBaradei returned to Egypt, his followers formed the “National Coalition for Change” which called for free and fair elections, constitutional reforms and the abolishment of the emergency law. The Muslim Brotherhood, the biggest opposition bloc in the People's Assembly and the largest political Islam group in Egypt and the world, announced its support for Mr. ElBaradei’s demands “for amending the constitution to allow independents to run for president and abolishing [the] emergency law [that] curtails political activity and has been in place since 1981.”


Third dilemma is related to the constitutional safeguards of free and fair parliamentary elections. This issue has two dimensions. On the one hand, after the 2000 decision of the SCC stating that elections must be placed under full judicial supervision to comply with Article 88 of the Constitution, elections to the People’s Assembly and Shura Council in 2000 and 2005 were held under full judicial supervision. This resulted in an increase in the number of opposition seats in the parliament. The 2005 Parliamentary elections ended with the Muslim Brotherhood wining 20 percent of the seats of the People’s Assembly. However, as Mubarak in 2007, decided to amend Article 88 limiting the judicial supervision, the 2010 election ended with the ruling National Democratic Party (NDP) winning more than 90 percent of the seats. On the other hand, Article 93 of the Constitution empowered the Court of Cassation to only investigate cases of electoral fraud. The final saying on the appeals is left to the Parliament itself. As the Parliament often ignored the recommendations of the Court of Cassation, activists called for an amendment of Article 93 to give the Court of Cassation the final say on the appeals.


The future of democracy in Egypt depends on the outcome of the current transition. In particular, Egyptians, in the next few months, have to decide on three basic issues that will define what kind of “political reform” they seek. These three basic issues are: the extent to which the next constitution reflects a national consensus, the manner in which constitutional disputes shall be resolved, and the identity of the responsible body politic that will be entrusted with guardianship of the constitution.

In January 2010 Osama Bin Laden released a version of his “Hate Speech.” Traditionally, he claimed fighting against the dictatorships in the Middle East and the Occupation of Palestine. Interestingly, in his released audiotape, he discussed issues of climate change and the dollar economy. These are new “causes” beside the old ones. This is not a sign of intellectual bankruptcy at all. Who knows what "causes" the future may bring. It might be the fair trade and foreign investments. But the question is: what is the purpose of "rebranding" the speech?

Perhaps it is an attempt to get new followers. Bin Laden, whose followers used to be from the Arab world (during the 1980s), and then the Muslim world (during the 1990s), is now trying to gain new followers from the Developing World in general. In this sense, rebranding the speech is very dangerous. It could attract not only fanatics but also those in the developing world who are vulnerable to "anger maximizers" such as extreme religious ideology, miserable economic conditions, or poor intellectual atmosphere. Now, the question is: will such speech have an audience?

This depends on how far the demand for “Hate Speech” has grown in the world as destructive anger outlets prevail over constructive anger outlets. Let us take Egypt as an example. In the same month the audiotape was released, Egypt witnessed a dramatic tragedy as six Copts were killed in Christmas church attack. It is true that, from time to time, some tensions between Muslims and Copts take place in Egypt due to a variety of reasons, i.e. building a worship place, competing businesses, or even kids’ games. The common feature in most of the incidents is the extreme religious beliefs of the offenders. Ironically, this does not apply to the last tragedy. It is hard to define the offenders here in terms of their religious practices because they do not have any. Former President Mubarak publicly criticized the absent role of the mosques, the churches, and the intellectuals for failing to present a reasonable and moderate religious speech. To be clear, even if it is hard to define the offenders in terms of their religious practices, religious speech plays a critical role in creating anger outlets. In order for the constructive to prevail over the destructive, we have to ask the question: who is hosting such speech?

Religion is a timeless culture in the Middle East and the Islamic speech is a major component of this culture. The future of the Middle East depends, to a great extent, on the future of “Islamic Governance.” Balancing “Political Islam” speech and “Intellectual Islam” speech is the key to achieve such governance. Instead of relying heavily on the first, it would be wise to pay some attention to the second. History tells us that the most moderate Islamic mind flourished when there were checks and balances between two wings: Intell-Islam and Polit-Islam. President Obama’s speech in Cairo is a promising New Beginning, particularly as the two most intellectual centers in the region, Al-Azhar and Cairo University, hosted the talk. Perhaps this is what will put an end to the “Bin Ladenism” in the Arab, Muslim, and Developing worlds.